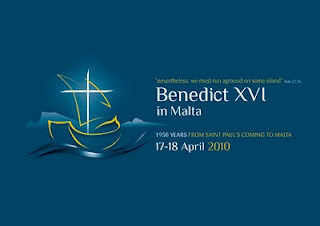 Ann Arco's coverage of the immediate run up to the visit of Pope Benedict XVI tells a familiar story.

One of the influence that increasing secularisation in a nation's culture has on the practice of the Catholic faith even in those countries with a strong Catholic history.

But what I found most significant, in the light of the visit of Pope Benedict to the UK in September, is the reference to the tarnishing of the Pope's image ahead of the visit. As one of the people Ann Arco spoke to said:


You know, the Pope is a gentle and wise man, but public perception has been quite negative.

We might be well to bear in mind that the negative coverage is magnified by the media - it was in Sydney for the last World Youth Day - and so the defacing of posters of the Pope, for example, is not as significant as it may appear. Let's see what happens ..
Posted by Joe at 09:06