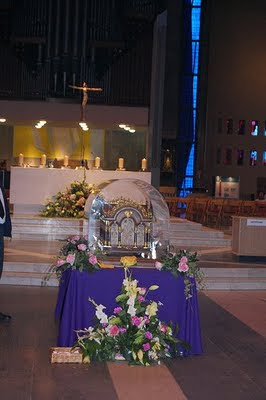 Three reports of St Therese's visit to Liverpool:
St Therese Superstar
One paragraph from this report reads, with my emphasis:

At the end of Mass those who had already venerated the relics were asked not to linger on account of the needs of those waiting outside [ie several hundred] but for some time things were a bit confused. No one seemed to have considered how to deal with the large number of us still in the cathedral who had not yet had the opportunity. To be fair to all concerned, I don't think that either the hierarchy or clergy of England and Wales had expected the tremendous response that the visit has occasioned. Yesterday I listened to a brief talk on a website [where the speaker ] seemed completely bemused- as if (and this is just my own personal opinion) there was a faith "out there" in the country that he hardly recognised! 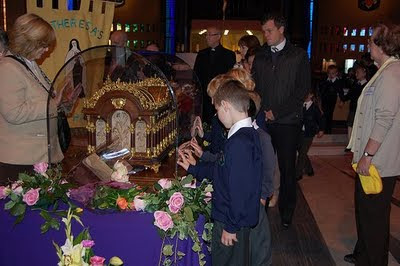